This is not a drill. Everyone remain calm; we at antidote didn’t when we first learnt this, so learn from us. But actually, there’s good news ahead (Lord knows there better be, considering the amount of work we have to get through in a day sometimes). We’re just saying that the investigations we’ve done around coffee and creativity has led us to some surprising revelations. So let’s get to what coffee actually does and then we can get to how it is killing your dreams.

To set the record completely straight, the culprit isn’t actually coffee: it’s caffeine; so that includes chocolate, energy drinks, cola and such, but those things also include sugar, something that coffee shouldn’t contain if you want to keep your dignity intact (no prizes for guessing that we are coffee snobs here at antidote). Guys, it really is something you should be trying to aim for, sugar is going to get its very own blog post soon. 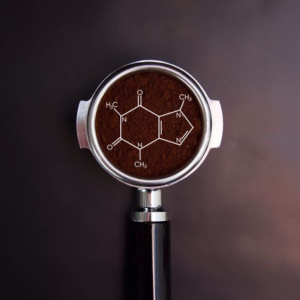 Okay, let’s science. What actually happens when caffeinated coffee enters your system? First off it takes about 20 minutes to actually enter your bloodstream and get to work. In order to know what caffeine does you are going to need to know about adenosine. Adenosine is a chemical compound that is built up during our waking hours through exertion - either mental or physical, or a combination of both. Our brain has receptors that neurons fire between and the chemical dopamine helps these neurons fire and land; the word ‘bridge’ could be used but it’s not entirely accurate, as adenosine is a by-product of these neurons firing.

This is the process of cognition taking place, when you are actually using your brain. (Side note: please don’t use this blog post as a reference on your thesis paper for Harvard on brain cognition. This is really basic stuff going on here and we don’t want to find ourselves in front of any boards having to prove the theories we found on other blog posts on the web.) Okay so while we are exerting ourselves throughout the day, adenosine builds up; don’t ask us how, it just does okay. As it starts building up it starts blocking the receptors in our brain so that neurons can’t land and so tells the brain that it’s tired and it’s time to sleep and therefore the harder the brain works the quicker you are going to reach exhaustion. So now that you know what is going on in your brain (and least in this respect), let’s move on to what caffeine does.

You can probably guess if you’ve had your coffee by now and your cognition levels are high: caffeine mimics adenosine. So caffeine actually blocks the biological receptors that would normally take on adenosine and still allows the neurons to land sneakily, telling the brain that it doesn’t need to rest because there ain’t no adenosine yo. So caffeine isn’t giving you more energy (that is sugar’s job, more on that in another post) it is just feeding your brain information that its energy reserves are still good to go. LIES, but also not all bad, because it’s opening up more and more receptors to take on more and more neurotransmitters, increasing reaction time and metabolic rate, aiding short-term memory, problem solving, decision making, and concentration - all side effects of your brain thinking it isn’t tired. So now why is coffee killing your dreams you ask? It seems like things only get better on coffee? True, but also not. Coffee is actually inhibiting creativity and we did a whole blog post on that here, but to summarise: In order for a person to be in a creative state or to shift into imagination network mode, it needs to be in a state of relaxation, giving the brain a chance to link abstract ideas and thoughts. Alcohol is the liquid of choice for this to happen. Coffee does not let the mind wander and relax, it is like that air hostess on that TV ad that said, “I only vant to hear vone click.” It is hyper vigilant. So the good news is that if you want to get stuff done, coffee is your go to; if you want to create, trade the bialetti for the cocktail shaker (keep calm there are other ways, go read the blog post here). Coffee is great for zoning in on a task, not so much for spitballing ideas. Bummer.

Now for the other things about coffee that you should know if you are going to use this substance effectively. Safety first. 400 milligrams of coffee is considered a safe amount to be ingested in a day which turns out to be 3 or 4 espresso shots. More- or less if you aren’t a regular coffee drinker- then you are more than likely to get the shakes and jitters amongst other things.

Now, there are also peak times to drink coffee. You shouldn’t drink coffee first thing in the morning because your body is “naturally caffeinating” with the hormone cortisol and by taking in coffee your are affecting this natural process, it is better to do some sort of exercise for 30 minutes in order to really pump up this process. Cortisol levels peak between 8 & 9am so if you drink coffee between these times you are less likely to experience the benefits of caffeine. The sweet spot is to consume coffee after your cortisol levels have come down; this will allow you to take full advantage of the benefits of your coffee intake, which will boost mental alertness, propelling you to take action on your world changing ideas. These times are 9:30 - 11am and 1:30 - 4pm. After this time you can start to affect your sleep patterns, not allowing your brain to go through all the stages of sleep, so you may not have a problem falling asleep but having sound, deep sleep is unlikely.

A coffee detox is also a good idea because your body can build up a resistance to the substance and you will be losing out on the full effect and potential benefits of this dark elixir. A detox - to be effective - is going to look different for different people, but a good idea is to start at a week (yes, a full 7 days) and test things out and then maybe push it to 2 weeks. After that your first cup of coffee should result in a euphoric experience. If you can’t do without the taste, and even the effects, fear not: there was a double blind test as documented in this article by The New Yorker where they found that there was little to no difference in cognition and reaction times between caffeinated and decaffeinated subjects. Placebo guys, it’s a real thing, you just have to make a deal with your local barista that they start serving you decaf for a period of 2 weeks without your knowledge.

Another interesting finding about coffee is that it is probably better for women than men, proven to have higher effectiveness in lessening or preventing the effects of cardiovascular disease, cancer, liver disease, diabetes and Alzheimer’s disease. So while you’re getting in the zone you are also helping your health.

Guys, I think what we have really found out from this article is that if you want to maximise creativity as well hit the zone of executing that idea, it really is that most agencies should be having jaeger bombs at 9:30am in the morning, or maybe something more sophisticated like an espresso martini.

And now for our top 6 coffee shops in Durban, in no particular order:

A great spot with decent wifi and some of the friendliest foreign nationals running the show, one from Scotland and the other an import from Austria. Definitely one of the best cortados in the game as well as great snacky stuff and yes you vegans are catered for, with a vegan croissant nonetheless. Find them on the instagram @humblecoffeeza

Happy Heritage Day from the Humble Team! 🇿🇦 It’s exactly one month since we’ve opened our doors at 21 Churchill Road and what a wild but amazing few weeks. We’re taking a wee break today and will be open as usual tomorrow. Thanks for your ongoing support Durbs and Thank you to Nomfundo and Ulli, I couldn’t of done it without you. ———————————————————— #1monthdown #coffee #coffeeshops #coffeeroaster #heritageday #durban #southafrica #interior #peopleofhumble #peopleofcoffee

This is where we get the majority of our fix from as a studio and when the main man Les is in the house, ain’t nobody going to turn down his flat white. Also great for their outside botanical nook where the plants are flourishing. The toasted Dosan here is probably one of the simplest but most delicious snacks in Durban and is 30 bucks. Another staple of antidote.

Okay, it’s Monday but who said Mondays have to suck? Be a rebel and have a great day anyway. #bluemondays #dailydosagedbn

This is where the cool creative set hang out and get some of their work done between mingling and catching up on projects. A firm favourite with Katy Perry (in this situation Katy Perry is a staffordshire bull terrier who frequents the space and gets all the love). Happy days are spent here drinking cappuccinos and eating many a sweet treat, and yes the vegans and celiacs can go here too.

Exactly one year ago we opened our doors at 155 Gordon Road. We have had such an amazing journey so far and look forward to continuing to grow over the next few years. Our Skyline Community is so incredibly important to us and we wouldn’t be celebrating our first birthday without your continued support. We thought our birthday would be the perfect time to show you a sneak preview of our rebrand - @mikejvanheerden has been so wonderful to work with and we cannot wait to start making a few changes at the cafe. A massive thank-you to each and every single one of you that has made our café your home. @murrayjamesclark & @itskimclark deserve a special mention as they pushed us out of our comfort zone just over a year ago when we finally committed to opening and have been an integral part of our growth. We love you guys! . . . . . . #coffee #coffeebar #coffeebreak #instacoffeelovers #happybirthday #instagood #friyay #friyayvibes #baristagram #barista #baristalife #coffeeroaster #coffeesesh #coffeeshop #cafe #durban #031 #coffeeholic #coffeecup #rebrand #coffeecommunity

So this is an unexpected find, there are only 2 tables but there is something about watching active people move in and out of the gym while sipping on your americano from a black le creuset coffee cup. We have found it quite pleasant and the tables are big enough to have a casual meeting. Wifi is not free so bring your own or log in to Always On. Parking is free and easy to find. Bonus.

Life happens over coffee! We put a spark of life into every cup made. #JacksonvilleCoffee

This is a go to for the cool creative crowd across the Umgeni River. The vibe is very LA Luxe and there ain’t going to be no shortage of instagram moments. Being in a furniture store it is quite nice to take a break and go for a walk around the store looking at the wares and giving your mind a break. Also excellent coffee.

These guys are actually leather merchants, but also pull a mean espresso. Set in a historic building in Glenwood with a wrap-around verandah, it’s easy to find your nook to get down to business.

Come and find peace on our tranquil wrap around veranda... oh & our coffee ☕️ and cake 🍰 is okay too...